Parag Agrawal now says Elon Musk will not be a part of Twitter ‘s board but will play a key role in building the company.

Last week, Twitter’s CEO announced that billionaire Elon Musk would be a part of Twitter’s board. Just a week since then, Parag Agrawal now says Musk doesn’t want to be a part of Twitter‘s board but will still play a key role in building the company. “Elon is our biggest shareholder and we will remain open to his input,” Agrawal noted in his latest tweet.

“Elon Musk has decided not to join our board. Here’s what I can share about what happened. The Board and I had many discussions about Elon joining the board, and with Elon directly. We were excited to collaborate and clear about the risks. We also believed that having Elon as a fiduciary of the company where he, like all board members, has to act in the best interests of the company and all our shareholders, was the best path forward. The board offered him a seat,” Agrawal noted in his latest tweet.

“Elon’s appointment to the board was to become officially effective 4/9, but Elon shared that same morning that he will no longer be joining the board. I believe this is for the best. We have and will always value input from our shareholders whether they are on our Board or not. Elon is our biggest shareholder and we will remain open to his input,” Agrawal further said. Musk was appointed to the board last week.

Musk is currently the biggest shareholder in the company. Last week, Musk purchased a 9.2 percent stake in Twitter. Since then, the billionaire suggested several changes that the platform should be brought. One of which was the edit button, which the company said is coming for everyone soon. The feature will be tested for Twitter Blue users, which will be followed by a stable release.

In a series of recent tweets, Musk suggested some changes for Twitter Blue users. In one of the tweets, he also said that Twitter may be dying as top accounts with maximum followers rarely tweet. Twitter’s CEO, however, hinted that the platform will bring changes that it feels are relevant.

Agrawal said, “there will be distractions ahead, but our goals and priorities remain unchanged. The decisions we make and how we execute is in our hands, no one else’s”. This clearly shows that Twitter, in no way, will bring changes just because Musk suggested them, despite he being the biggest shareholder 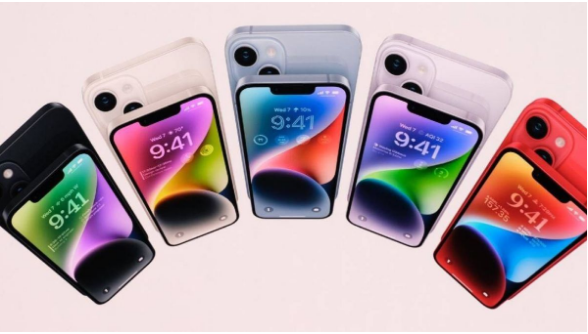 iPhone 14: May be launching on September 7, new Apple Watch will also be launched